Business cases identified or set up

Mission in the landscape

Wij.land promotes a healthy and resilient landscape where agriculture and nature come together in sustainable business models. Wij.land works together with farmers, nature organisations, entrepreneurs and other stakeholders on the transition to a 4 returns landscape. Much of this work occurs through enabling farmers to to test new ideas in pilots and then helping them to deploy those pilots at the larger scale.

Wij.land believes that it all begins with inspiration, listening to the ideas and advice of the people in the region.

“Wij.land has been the accelerator for cooperation between farmers and (nature) site managers.”

The herbal tea 4 R company Ptthee, a restoration business supported by wij.land, won the ‘ASN Bank Prize, helping them to supercharge their business to increase biodiversity on farmland

This year marked the year in which several farmers decided to speed up their transition in the direction of a regenerative farm. As an example; one of the farmers who we’re working with since the beginning is experiencing such positive effects from the soil treatments, that he is now convinced he can farm without chemical fertiliser. Several farmers have sowed large parts of their lands with herb-rich pastures instead of monoculture grasslands. And a young, next-generation farmer is re-designing his family farm into a regenerative farm, exploring models such as holistic grazing and integrating more species. And so there have been many more stories of farmers making changes to their farming business.

2019 was also the year of the introduction of new business cases that were supported by Wij.land. The Boeren van Amstel (farmers of Amstel) dairy was introduced in local supermarkets, and Ptthee had a very successful first year as a business, selling native herbal tea grown on organic farmlands.

It’s so inspiring and rewarding to see that what started as an idea a couple of years ago, has grown into a network of farmers, entrepreneurs, ecologists and others creating real change in the landscape!

In 2019, Wij.land had a few insightful ‘failing forward’ learning moments. Twice the soil pilot reference plots weren’t put in place before the soil treatments, showing the need to define such responsibilities better.

Reference plots are essential in measuring the impact of soil treatments. Another learning moment was when our expansion of the ‘Van Pachter naar Partner’ project to another area did not receive enough potential participating farmers. Wrong assumptions were that this was an easy way to attract new farmers. Wij.land learned the most logical way to attract new farmers is the first-hand experience of neighbouring or acquainted farmers. 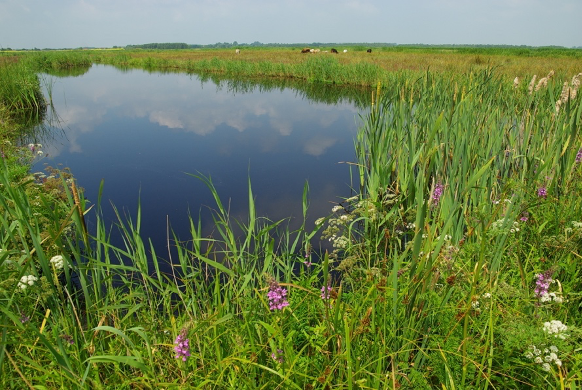 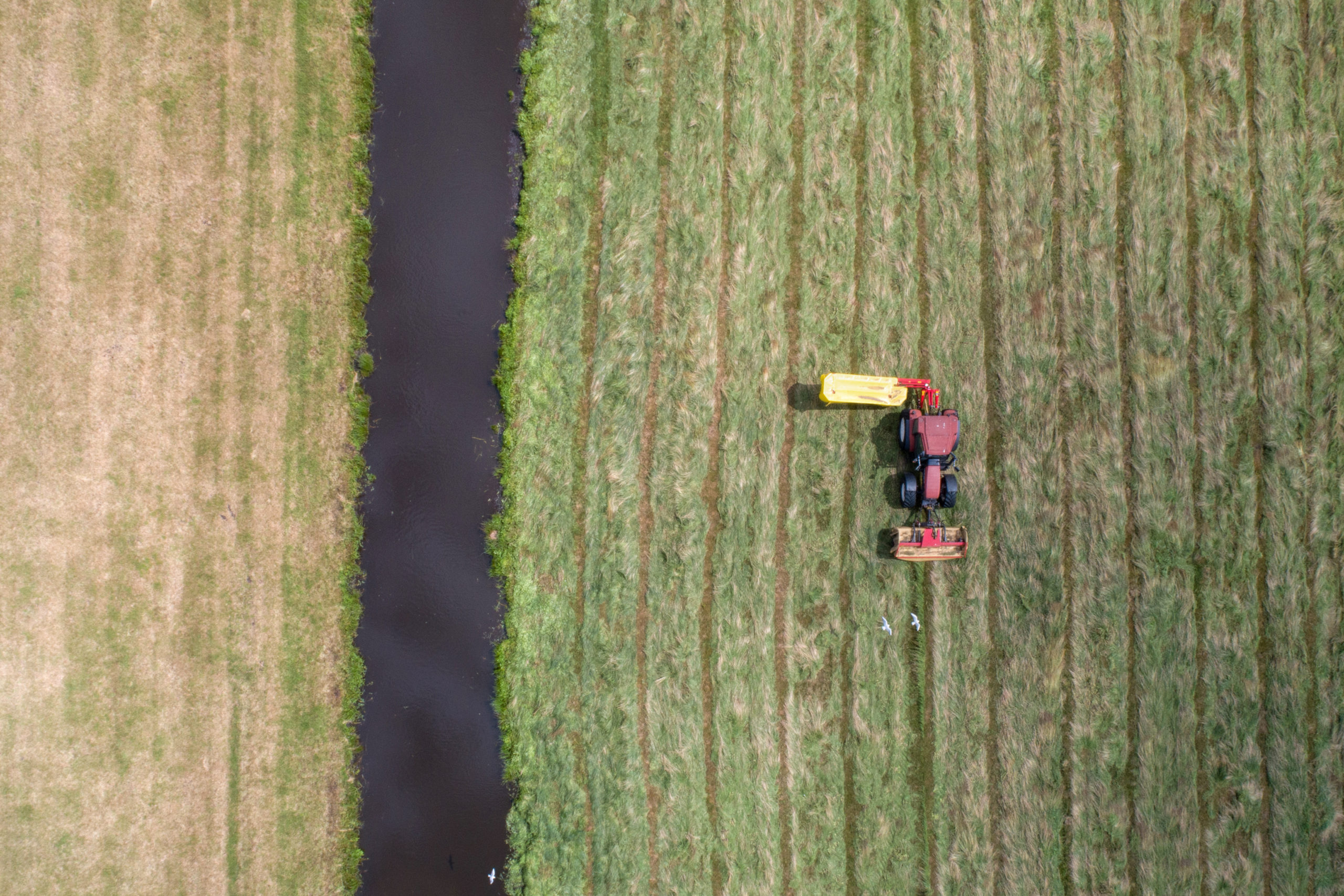 Wij.land focused on greater farmer inclusion this year in their new strategy, as well as deepening their biodiversity approaches (see following sections). Three team members left the Wij.land team, and we welcomed three new team members on office management, communication and sustainable farming. Relationships with stakeholders such as the Dutch Society for Nature Conservation (Natuurmonumenten) & the Province of Utrecht were strengthened  (with a renewed commitment) for pilot projects. New cooperations were also developed with Triodos Regenerative Money Center, Stichting BD Grondbeheer and Herenboeren for the fund for land purchase ‘Aardpeer’.

By the end of 2019, 58 farmers were actively participating in more than 70 pilots. The cooperation between Commonland, Wij.land and the Dutch Society for Nature Conservation (Natuurmonumenten) has been prolonged by three years. Wij.land supported 4 start-ups or innovative business models that positively impact the landscape. Three transition plans were made for farmers that want to transform their farm into a regenerative one.

An external factor of importance was the huge farmer protest in the Netherlands on new nitrogen emissions restrictions. Wij.land’s farmer WhatsApp group provided a space for the farmers to discuss this topic and in November Wij.land wrote their most popular article so far on the issue from the opinions of their farmers, focussing on long-term regenerative wisdom.

“Realize that the basis of your food lies in nature. Then a world will open up.” 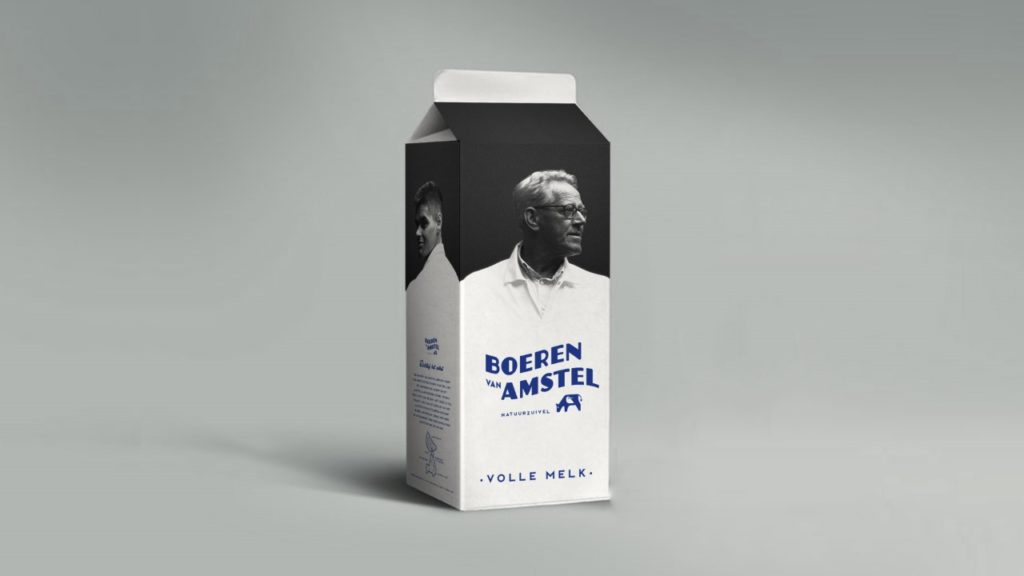 The Boeren van Amstel (farmers of Amstel) dairy was introduced in local supermarkets. 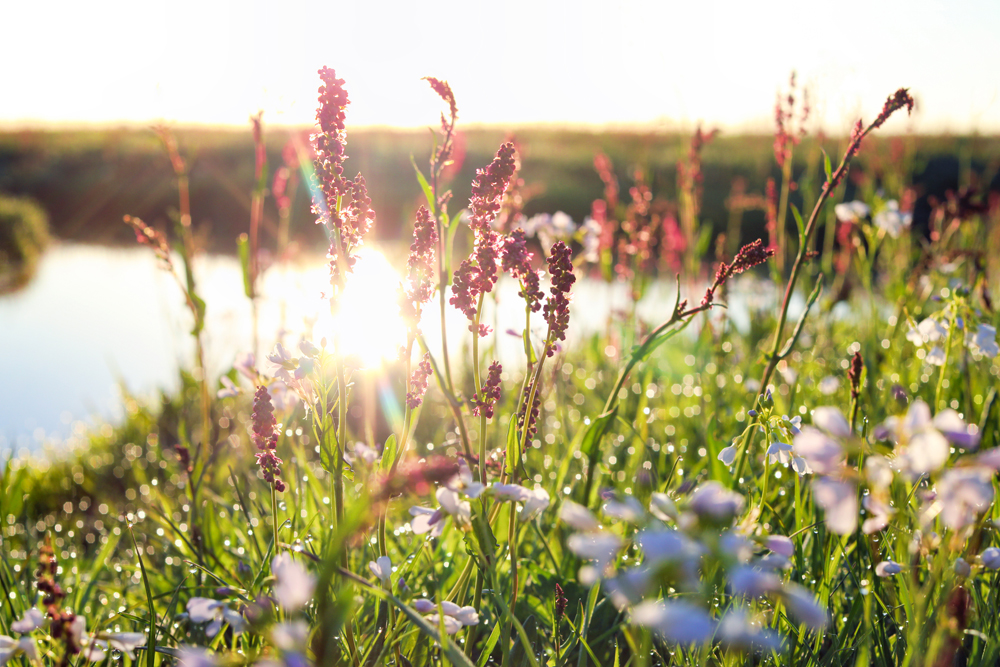 This year Wij.land undertook a lot of biodiversity work. The year started with 6 pilots (on  63 ha)  sowing herb mixtures in the ‘Farmers 4 Biodiversity’ project, which then continued throughout 2019. Wij.land also helped treat 66 ha for the Dutch Society for Nature Conservation (Natuurmonumenten) to restore for natural vegetation. Mid-year saw the launch of biodiversity scans for farms to aid farmers improving their on-farm biodiversity. And the year continued with the start of herbal tea pilots. This year’s focus on biodiversity culminated with Ptthee (a herbal tea brand which provides a financial incentive to farmers for biodiversity), winning the ASN Bank World Award plus the audience award, amounting to 30,000 euros.

After receiving valuable farmer-input during a Wij.land ‘koersdag’ (strategy day) and workshops, the Wij.land team processed feedback and results to elaborate the Wij.land strategy. As of 2020 Wij.land works on three pillars: Sustainable Farming, Sustainable Business Models and Community & Inspiration. 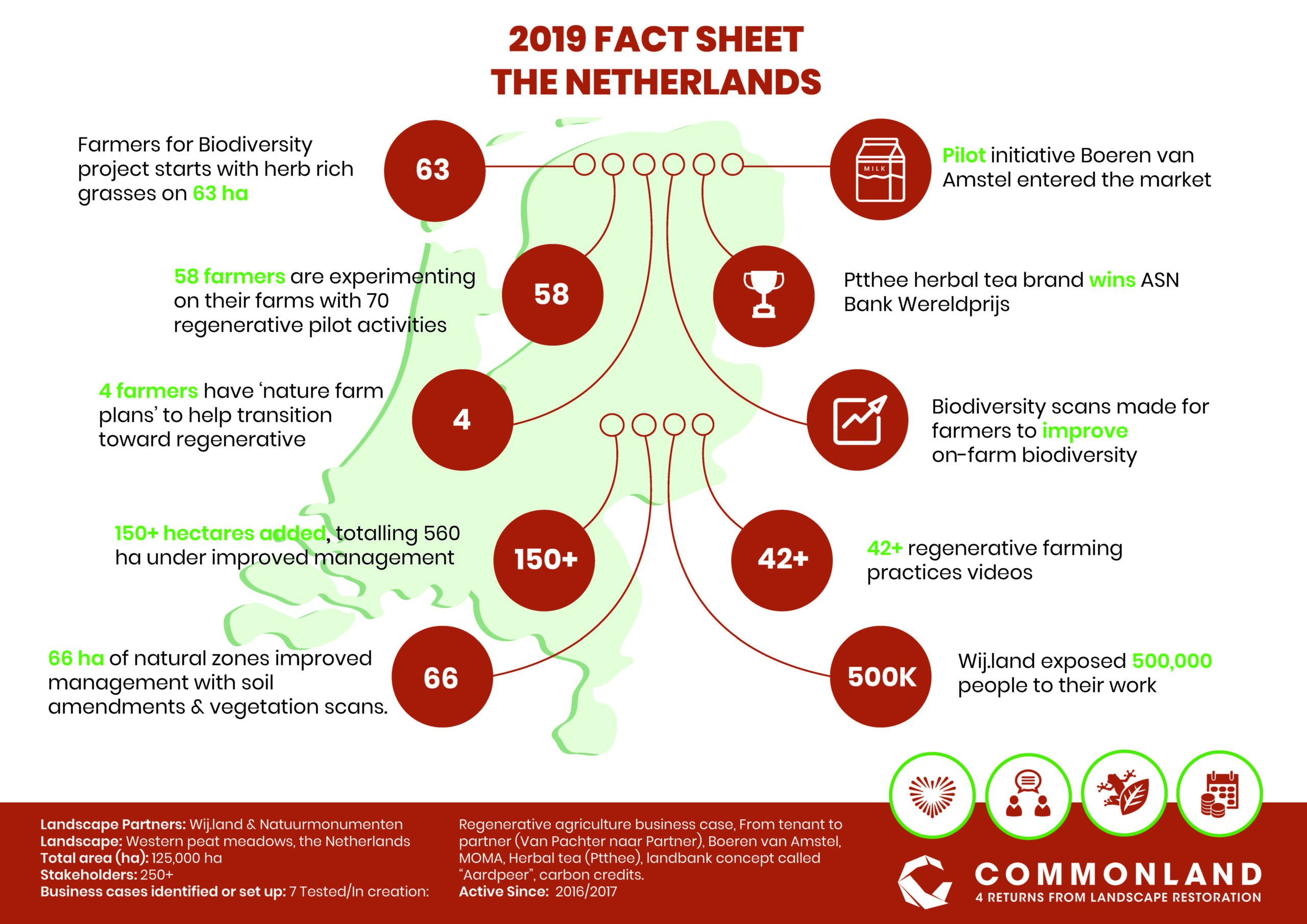 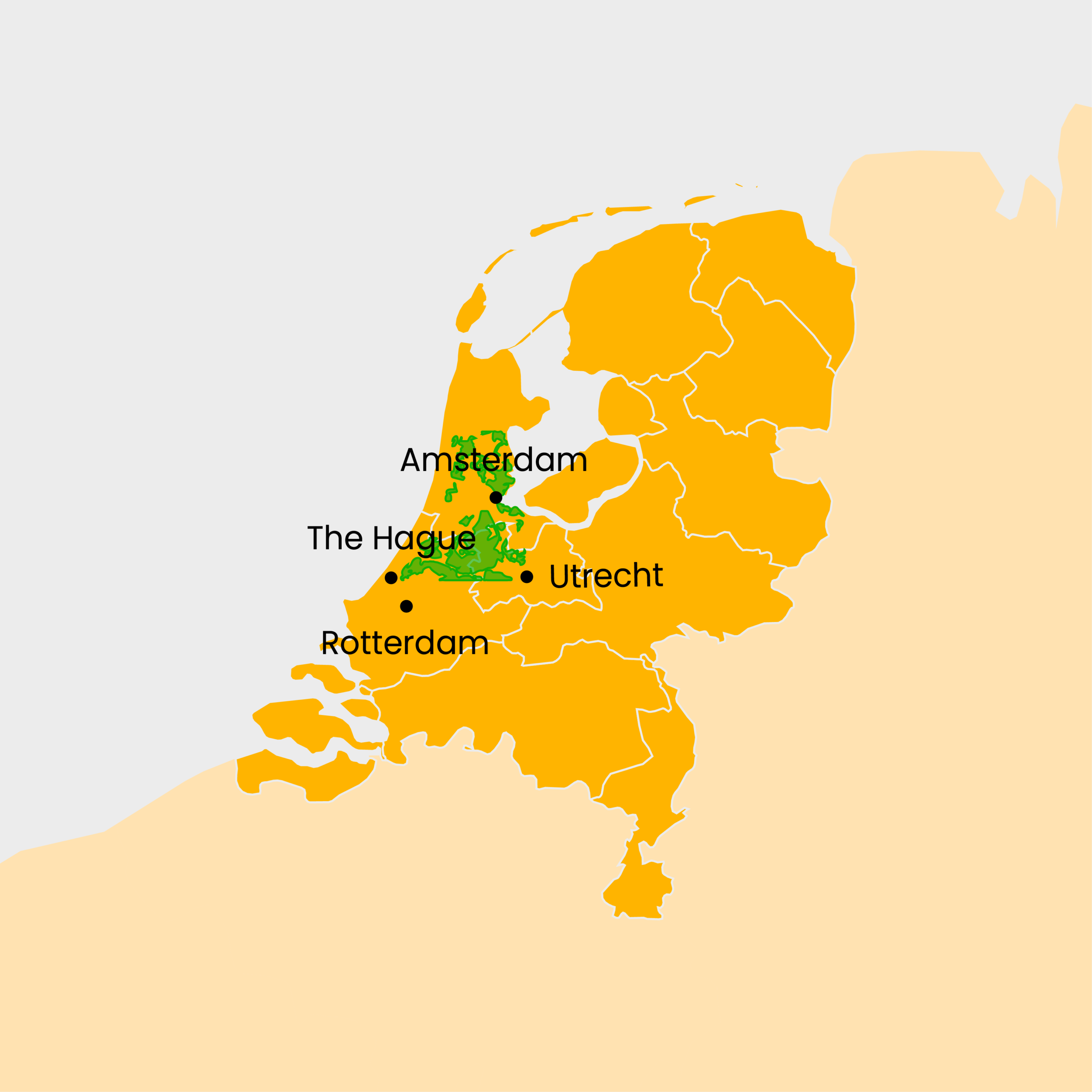 In 2019, Wij.land exposed 500,000 people to their work, 58 farmers are actively participating, and 42 regenerative practice videos have been created.

In 2019, 58 farmers are experimenting on their farms with 70 pilot activities. 4 farmers have ‘nature farm plans’ though the transition is a learning process and community activities have not yet been implemented.

10 ‘4 returns business cases’ tested & validated, of which 2+ are profitable, plus 5 funders actively engaged.

In 2019, 7 «4 returns» business cases were in development, all in a start- up phase. Currently, there are 4 public and private funders actively engaged.

In 2019, Wij.land exposed 500,000 people to their work, 58 farmers are actively participating, and 42 regenerative practice videos have been created.

58
farmers experimenting on their farms with 70 pilot activities
5-year ambition:

In 2019, 58 farmers are experimenting on their farms with 70 pilot activities. 4 farmers have ‘nature farm plans’ though the transition is a learning process and community activities have not yet been implemented.

10 ‘4 returns business cases’ tested & validated, of which 2+ are profitable, plus 5 funders actively engaged.

In 2019, 7 «4 returns» business cases were in development, all in a start- up phase. Currently, there are 4 public and private funders actively engaged.